Transfer moulding is a common method for production of electronic devices such as integrated circuits, capacitors and diodes. Unless a suitable mould material is used, the mould is prone to wear due to the high amount of filler. 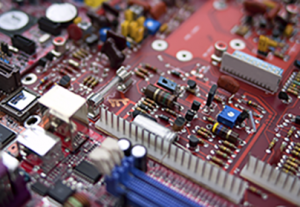 Carbide rich steel grades are most ideal to increase wear resistance. A high compressive strength helps to avoid indentations while bigger inclusions in the mould material must be avoided as that may give an imperfect surface.

ASSAB has a wide range of grades to meet the different mould material requirements. For high filler content, choose from the ASSAB SuperClean series, ASSAB PM 23 SuperClean and ASSAB PM 30 SuperClean; for lower production or less filler content, opt for Vandis 4 SuperClean or Elmax SuperClean. For production of low value semiconductor components and also conventional materials with high hardness, ASSAB XW-42 or ASSAB 88 can be used.